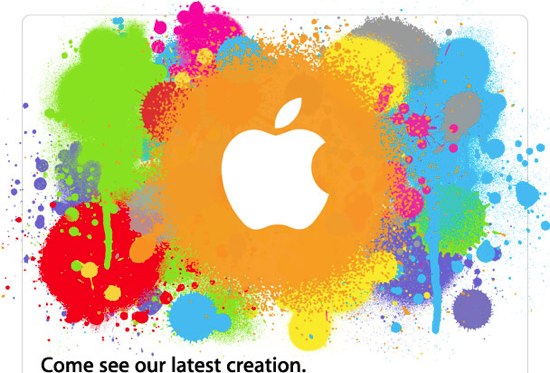 With all the rumors and the coverage about a Tablet announcement during the upcoming Jan 27th Apple event, it would seem like a waste for me to give up the chance to finally write a piece exceeding 500 words – so let me give my own take on the whole tablet thing.

If you want to skip through reading the entire post, here’s my take in a very short sentence: Apple is almost certainly going to make the announcement for a tablet like device at the Jan 28th event. Here’s why.

Well, first of all, Apple’s invite said that much. “Come see our latest creation“. Creation would suggest an entirely new product/line of products instead of just an update to a current product/product line. And despite all of Apple’s ability to plug product leaks, word is almost certainly going to get out if Apple is working on a completely different product. There would be some mention of maybe an iCar or MacUFO or whatever somewhere, even if it’s just a small snippet. But so far, from all my ploughing through Apple/Tech blogs, I have found nothing to suggest that we have been looking in the wrong direction all this while.

Secondly, it is a fact that the sudden surge of rumors in the recent months about a possible Apple Tablet mirrors the situation before the announcement of the first generation of iPhones. Yeah, there had been tablet rumors for almost every Macworld/WWDC/Apple event in the past few years, but the sudden increase in the volume of the rumors would suggest something concrete. When you shout something in a room full of chatter, the volume of the noise goes up and likewise in this situation, I think someone is finally telling the truth instead of some made up story that involves “I heard from a friend’s friend’s uncle who works at Apple…”.

But of course, the Jan 28th Apple event is not just going to about the tablet. I am guessing about an hour of presentation by Steve Jobs, followed by a “One more thing” where he reveals Apple’s “latest creation”. In that hour, we can expect Steve to cover 3, maybe 4 points. And so here’s what I would be looking out for:

Of course, all the above suggestions are just based on a few year’s observation of Apple announcement cycles and my own analytical skills. I might be completely off the mark on these predictions and guesses.

On another Apple related note (but this have much more to do with my personal life than anything else), I got a retail sales job at an Apple Premium Reseller store here in Singapore. Personally, I thought the pay is a little low considering I have to work retail (and very long) hours and the place is not exactly central or near my residence, but I am hoping the commission and experience makes up for it. In some sense, it’s my dream job (or rather best possible job choice given my situation) and I hope everything works out OK.

Stay tuned for my post after the 27th Jan Apple event and wish me the best for my new job.