I finally worked out how to display a table with individual cell IDs representing the coordinates for my current project (It’s called Kingdom of Might – cliché, but then again it’s just a project name for now). And now it is just a simple matter of displaying the content in each individual cell using an array like $content[$id]. Took a while to figure out the math and the centre cell positioning, but now I got it worked out.

(There will be a sight attribute to the game, which decides how many grids you can actually see.)

Stage 1: Labeling each individual cell with an ID. Note that the first cell is blank due to it having a value of 0. 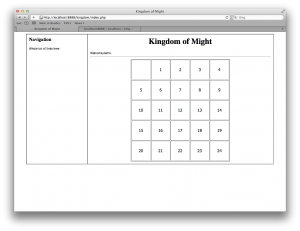 Stage 2: Determining the ID of the center cell.

I use this formula: c = [s(1+2s)] + s
where c is the centre cell id and s is the sight attribute from the database 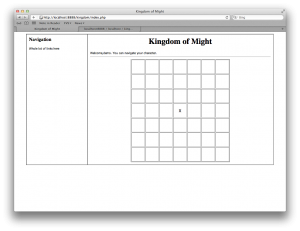 Stage 3: Putting everything together. 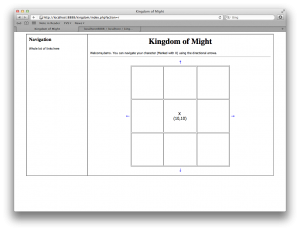 And the code that made it work: 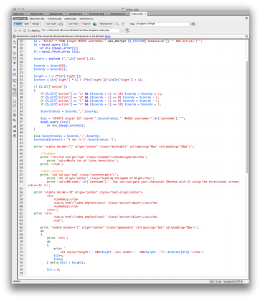 I was feeling a little bored and so I challenged myself to get Project Extension running (in some functional sense at least), and I surprised myself at how quickly I managed to patch together some hacks to get it online again. 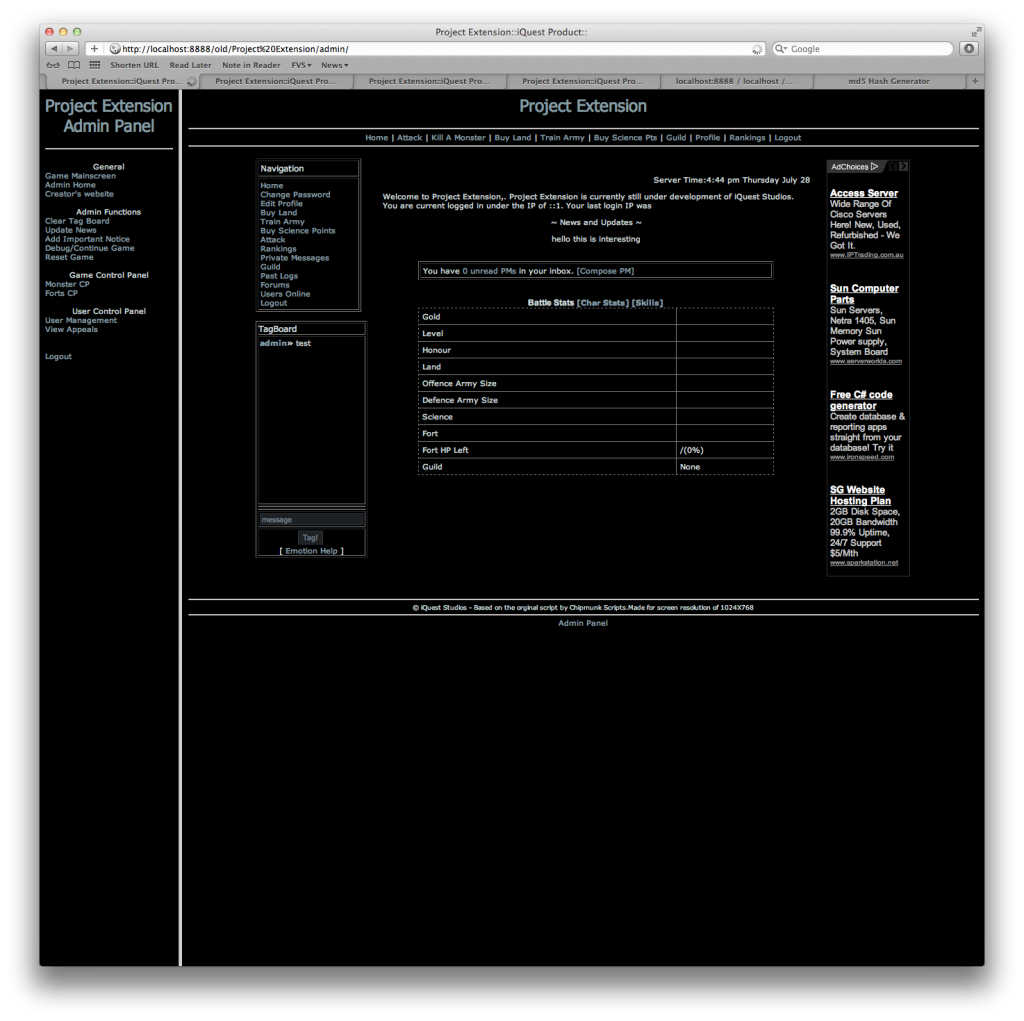 As you can see, it is not fully functional – the character stats for some reason don’t show – nor do I have the intention to fix it (at this point in time). However, what I really wanted to do was actually to look for some form of inspiration for a new project, something more complex than an online authentication system or a contact form. What I have come up with is a coordinates based online RPG. Even though I realized that this genre has sort of been done to death, the intent of this project is nothing more than a practical exercise in planning and coding an interactive site.

I’ve decided that instead of wasting my life away, I shall do something productive before I enlist. I have been thinking of creating a new web application, but gave up on that idea eventually since a) I couldn’t come up with a decent idea and b) any web application these days requires great familiarity with AJAX, which sadly I lack. I have also been considering rewriting Project Extension, but that would be quite a large scale project. So in the end I have decided to update my Integrated Contact Form script, as previously promised.

However, I know how long it usually takes before I push an update out of the door (due to my own procrastination and lack of focus) and so I have decided to change the way I do things this time around. Regardless of how many new features I manage to implement, I would get a build of ICF online on the 28th Jan, which is a week away. This gives me 6 days to code (ok, less than that, since I wouldn’t be at home all week) and 1 day to clean up and prepare the code for release. In theory, I would be more productive and you all would get more frequent updates.

Below is a updated features list for the upcoming build in terms of priority (most of these features below would be available as options). Note that I have decided to remove the Administration panel since I don’t think many of you guys actually use that feature, but I would make it available as an add-on sometime later.

There is a bug in the encoded version of the script where register.php would result in a PHP Fatal Error – something I didn’t catch since I was doing my testing with the original unencoded code. This update would fix the bug.

I have finally found sometime to update the code for Advanced Login System, bringing the version build up to 20091220. I have also removed the password salt (since I figured they don’t really do much), so there is only 1 standard version and you should be able to upgrade from any previous version of ALS starting from v0.02B.

As usual, source code is encoded but available for purchase at USD$20. Contact me for more information or to report bugs in the script.

UPDATE: An updated version is available for download here.