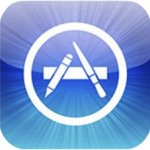 The App Store was introduced with the 2.0 iPhone firmware and it is largely applauded as a great success, sparking spinoffs on other smartphone platforms such the Windows Mobile Marketplace, Android Market, Blackberry App Store etc. However, it has certain features (I shall not use the word flaw since this is supposed to be a neutral post) that requires Apple to step in as a regulator to decide which apps makes it to the App Store.

One major feature of the App Store is that there is no trials available. It’s a system of “buy first, try later” rather than the usual “try first, buy later” model that is now taken for granted for desktop applications. Of course, many developers now offer a crippled version of their application for free for users to try out first before making the purchase but personally I find these rather distasteful. Firstly, you have to download the free app, try it out, and if you like it you buy the full app, re-enter all your settings etc. and then finally remove the free app from your phone and your iTunes library. This is now partially solved by Apple allowing in-app purchases for free applications – meaning developers can release a free version of their application and then unlock more content through in app purchases. However, this method is not widely adopted yet and I do have a suggestion as to why this is the case. You see, in app purchases are meant to unlock content – if I am not wrong (I haven’t really extensively looked at the iPhone SDK), you cannot unlock features with in app purchases. This means that while content providers can make use of this feature to create a trial version of their apps, apps that depend on features cannot fully employ this method to have a trial application. But how is this all linked to the App Store itself? Well, without the provision of a way for developers to release a trial version through the app store, Apple is now held solely responsible for the quality of the applications. An end user probably would not mind if one or two of his purchased applications does not work as advertised (since the price point of most applications is at the impulse buy level), but if it becomes a repeating occurrence, the end user is bound to be dissatisfied. Hence, without a proper trial model, someone has to be responsible for the quality of the application, and Apple chose to be responsible for the quality of the applications for the reason I am going to discuss in the next paragraph.

These are just some of the possible reasons that Apple might have decided to implement the infamous app approval process. I do agree that Apple might have overstepped its authority sometimes – in my opinion, as long as the application works, does not infringe any laws and is not malicious, it should be allowed into store (though I do think that the fart apps and apps such as “Asian Babes” should be banned – they are simply ridiculous), but since it is the sole official app distribution for the iPhone now (and probably forever), we would just have to play by their rules and hope that it gets better.