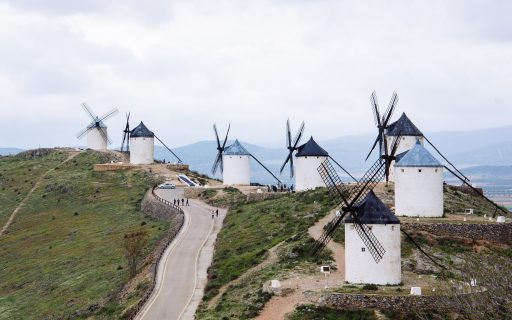 The Windmills of Castile La Mancha

Consuegra is a small town near Toledo which, despite its size, has been featured on the covers of many travel guides for Spain. It is home to the famous windmills of Castile La Mancha, which Don Quixote mistook for giants. As it is relatively inaccessible (there’s no train services to this town, and bus services from nearby cities are infrequent), there are not many tourists around, which makes for a very tranquil visit.