I arrived back in Singapore yesterday after 3 days in Shanghai. I was supposed to stay till the 10th, but as I wasn’t able to change today’s NS medical checkup follow up, I had to take a flight back to Singapore on Sunday. Truth be told, I cannot decide whether to be glad to be back earlier. For one, my parents are still in Shanghai, so I will be alone for a few days while they are going to be invited to many great meals by their friends. (Many of our family friends and extended relatives are rather successful figures in Shanghai) Moreover, they do have nice weather back there. On the other hand, I can’t stand the terrible conditions there – all the people spitting, road side squatters selling stuff, reckless and inconsiderate drivers (I saw this bus with a smashed in window driving around in Shanghai) etc. And I really have this thing against my relatives deploring how thin I am (as usual) and trying to stuff me down with as much food as possible during meal times. Anyway, a few pictures (very poor quality though – I only had my iPhone with me): 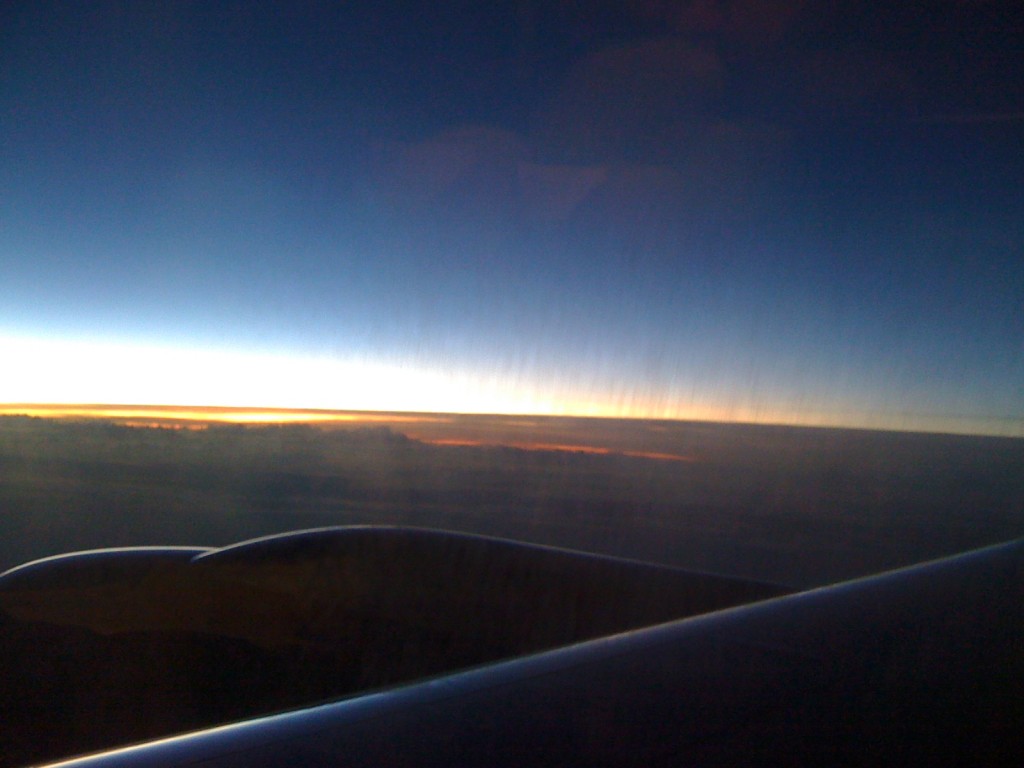 Seriously, the pathetic iPhone 3G camera does not do justice to the spectacular sunrise I witnessed on the flight to Shanghai. I really regret not having a proper camera to capture the beautiful blend of colors. And SIA flights are great – I have no idea how I managed to put up with China Eastern flights for so long.

The above 3 pictures were taken from a hotel very near to where my house (it’s rented out now) is. As you can see, behind the facade of well developed and modern town areas, Shanghai is still largely a combination of communist era buildings, slums and poor urban planning.
These shots were taken at Terminal 2 of the Pudong International Airport in Shanghai. However, I found that there were too little shops (I couldn’t even find a shop selling distinctive Shanghai memorabilia) and the Wifi’s really slow (though I should be grateful that there is Wifi). Speaking of Wifi, it is a pain in the ass to remember that China has banned Twitter and Facebook. However, interestingly, the first alternative site I thought of, Tweetree, was not blocked, and so I was still able to access Twitter (albeit at extremely slow speeds).
These shots were taken on the return flight home, where I witnessed a beautiful sunset (and once again hating the fact that I only have my iPhone with me).